The month of May is going to be a big one, in my opinion.

This month, Praxis is challenging it’s participants to do a Portfolio Project, which is basically a self-guided project to display some of the participants existing skills to potential business partners.

Our projects should be geared towards the roles we might want to take on in a company, and show that we have the ability to create value and take initiative. I’d like to focus my project on Operations or Marketing, and here are my five project ideas.

About a year ago, my dad impulse bought a Cameo 3 vinyl cutter. He took it out of the box once, tried to use it, didn’t have the time to figure it out, and then forgot about it. A couple of months later, I did the exact same thing.

The problem was that finding the recourses to learn how to use the product was ridiculously hard to find. In this project, I would learn how to use the machine, then create tutorial videos that explain how the Cameo 3 works in a clear, concise, and easy-to-learn way. My goal would be to have everything you need to know about the Cameo (software and hardware) all in the same place.

This project would help me become more comfortable with video/audio recording and editing processes, as well as being on camera. It would signal my ability to identify problems and then fix them in ways that make sense, as well as an initiative to make things easier for others.

This is an idea that came from a coworker. For this project, I would collaborate with a local pet adoption center to host an adoption event outside of my Starbucks! Pet adoption is a big thing in Albuquerque, and doing this could help drive adoption numbers up, as well as sales for my store.

There are a lot of logistics and planning that would go into this project, but my end goal would be to have a two or three hour adoption event out on the patio and part of the parking lot in the mid-afternoon. This project would give me a lot of insight into how much work it takes to plan an event, but also some exposure to reaching out and making connections.

If I were to do this project, I would find at least five ads from startups that I love, then reach out to the head of marketing to ask them about their thought process behind the ad. After doing this, I would compile a small ebook or large blog post about what I’ve learned.

To take it a step further, I think it would be fun to compare and contrast the similarities behind the processes, then create my own ad for the blog post or ebook that I write.

This would give me real world exposure into the process of ads, and hopefully signal that I’m an able and willing communicator, as well as someone who learns super quickly.

For this project, I would do some research on how to develop facebook ads and write emails, then redesign or rewrite a couple so they have a higher chance to attract customers based on my research. My end goal would be to post a blog or have a page dedicated to comparing the original to what I did.

This would expose me to a whole other side of advertisement that I’ve never delved into before, but it would also signal that I’m good at researching, I can learn quickly, and that I have some artistic ability.

New tools to Benefit a Business

Here, I would do a lot of research on what tools a business might use, like email trackers and TextExpander, then explain how it could help a business save time and resources.

My end goal would be to write a blog post on the benefits of each service I research. If I wanted to take it a step further, I could also make a pros and cons list on different tools to help a company determine which software is best for them.

This would provide some exposure into these types of systems, and also signal that I’m willing to learn, communicate and create value for others. 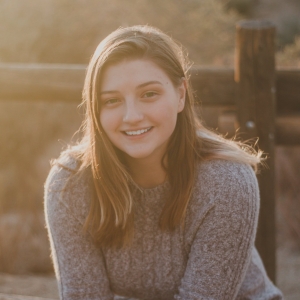 My name is Sarah Blake. I’m from Albuquerque, New Mexico and I love to find problems then figure out their solutions. Welcome to my website :)